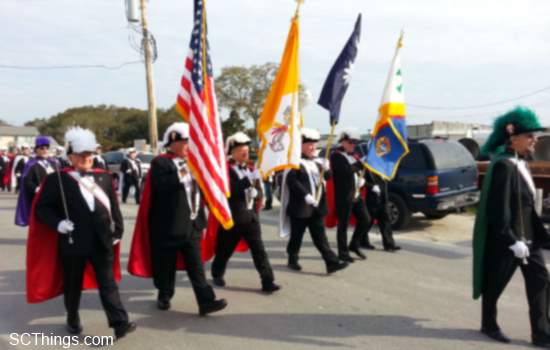 The 2014 North Myrtle Beach St. Patrick’s Day Parade was the largest parade on the Grand Strand with over 150 parade entries. There were two float and band announcing stations located along the parade route. The first was in the median of the BiLo Shopping Center and the second at the corner of Hillside Drive and Main Street. Following the two hour plus long parade, Main Street hoasted more than 140 vendors who put out their arts and crafts for public sale.