I take a walk around the old Pawleys Island South Carolina Town Hall And Police Station. This Pawleys landmark is locally known as ‘The Shack’.

The old Pawleys Island Police station was once a dated real estate shack that currently hangs out into the creek. It was later renamed after the mayor of Pawleys to the ‘Jack Bland Building’.

The old building was damaged by hurricane Matthew and now is being used as a temporary storage building for beach signage. There is a short term portable office nearby that is currently housing the police station and town hall. In the work is an up to date replacement for the Pawleys police station. The building will have offices for the town administrator, chief of police and police officers, an extra office, a conference room for up to 20 people, a break room, restrooms and a storage room. That is a huge change from the old two room building.

On the roadside near the town hall is a historical marker that was relocated from the old Pawleys Island Post Office. 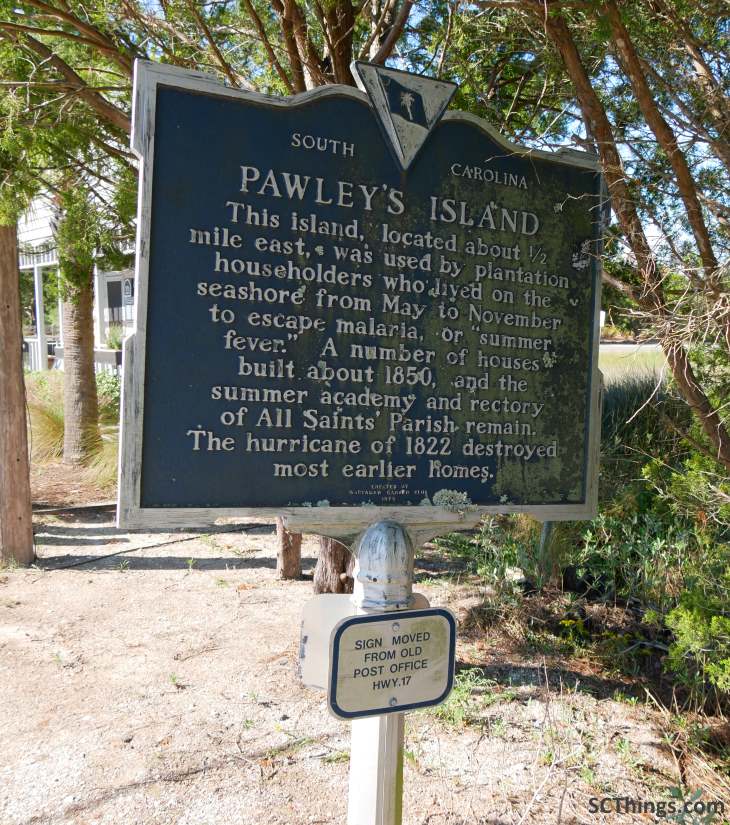 The sign front reads: Pawley’s Island: This island, located about ½ mile east, was used by plantation householders who lived on the seashore from May to November to escape malaria, or “summer fever.” A number of houses built about 1850, and the summer academy and rectory of All Saints’ Parish remain. The hurricane of 1822 destroyed most earlier homes. 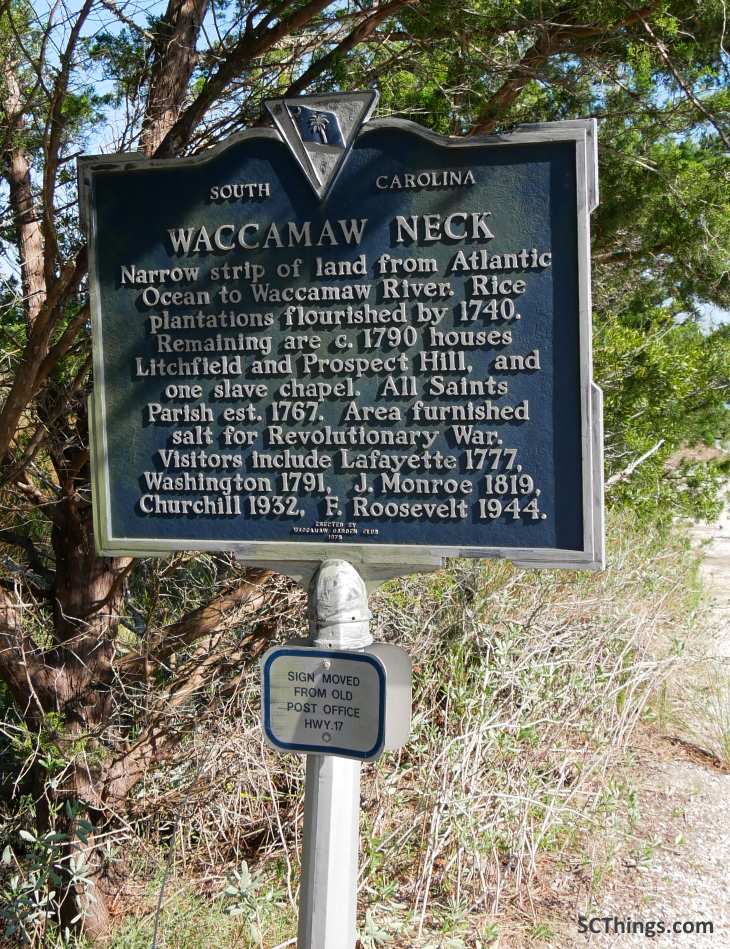 If you enjoyed the video please give us a thumbs up on our Youtube channel. Thanks.