The Waccamaw River flooding is causing issues in the Pawleys Island area. The overflowing waters are pushing the creeks way above their normal heights and covering roadways at high tides. Many of the homes between Kings River Rd and the Waccamaw River are are experiencing flooding that has not effected them in the past. Even during the big floods of 2015. 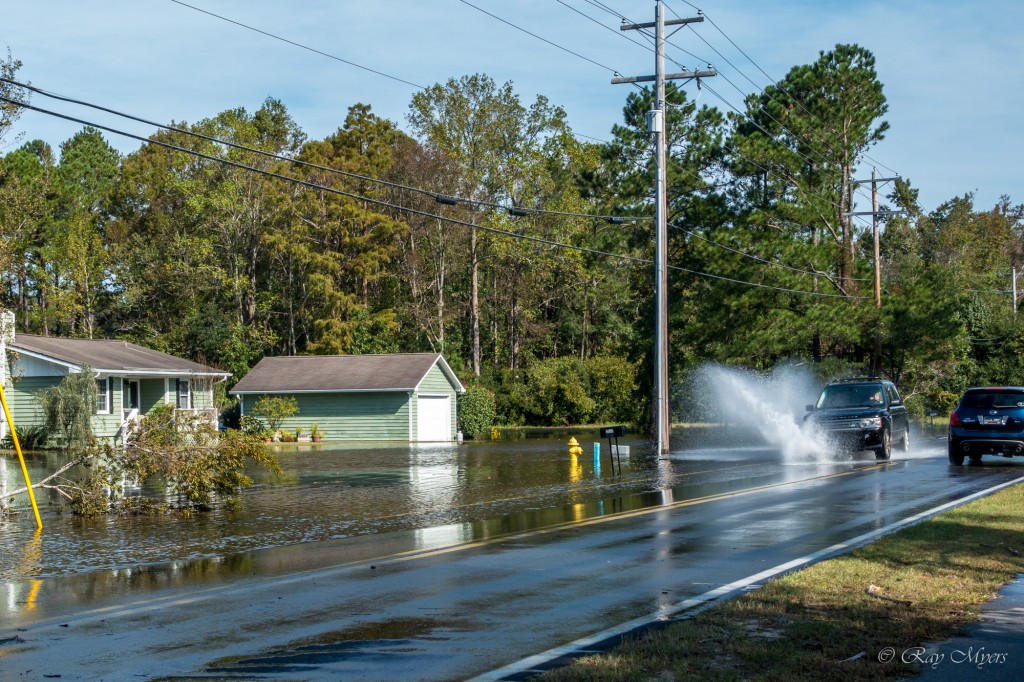 Water near the All Saints Church was starting to cover one side of the road just past Woodpecker Ln.. Kings River Rd was still open at 11:30 AM. 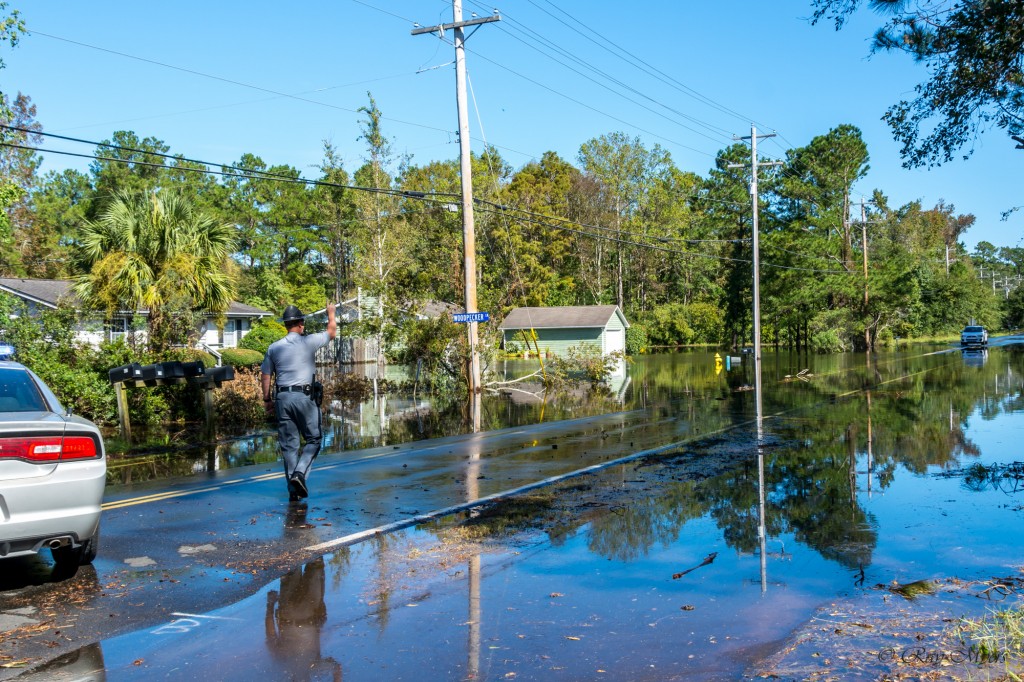 Just before 12 the police showed up and closed the road to through traffic. Even though an officer was there and had blocked the road an SUV decided to give it a go anyway. The officer put a stop to that and had the auto back it’s self up. 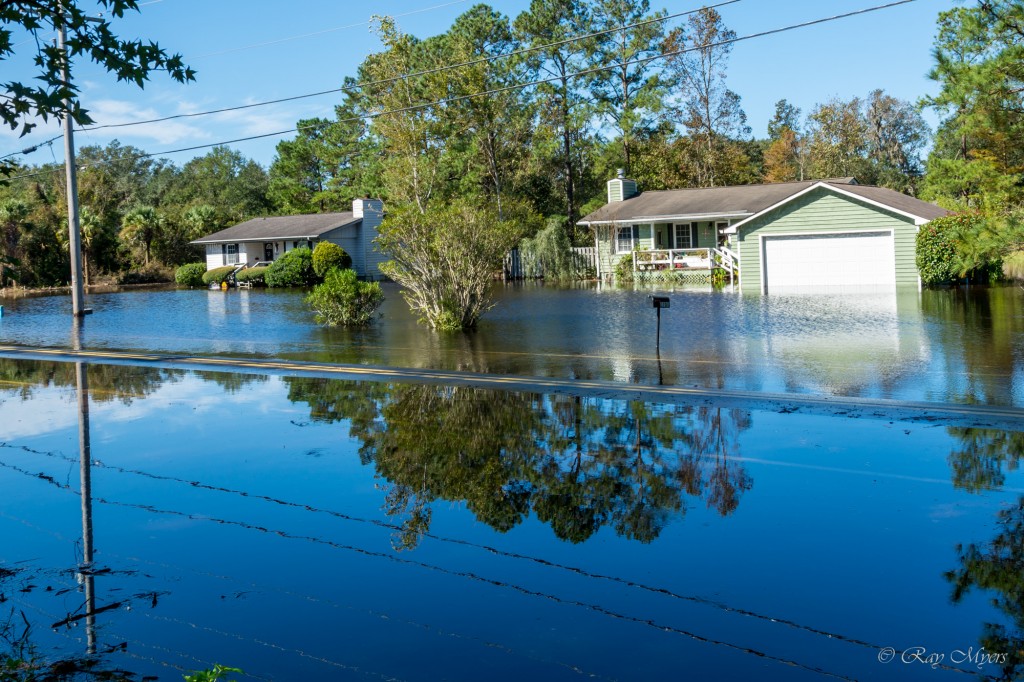 These two houses along the Kings River Rd. between Woodpecker Ln. and Wassamassaw Rd. are starting to get flooded. The garage on the right is a foot under water now. 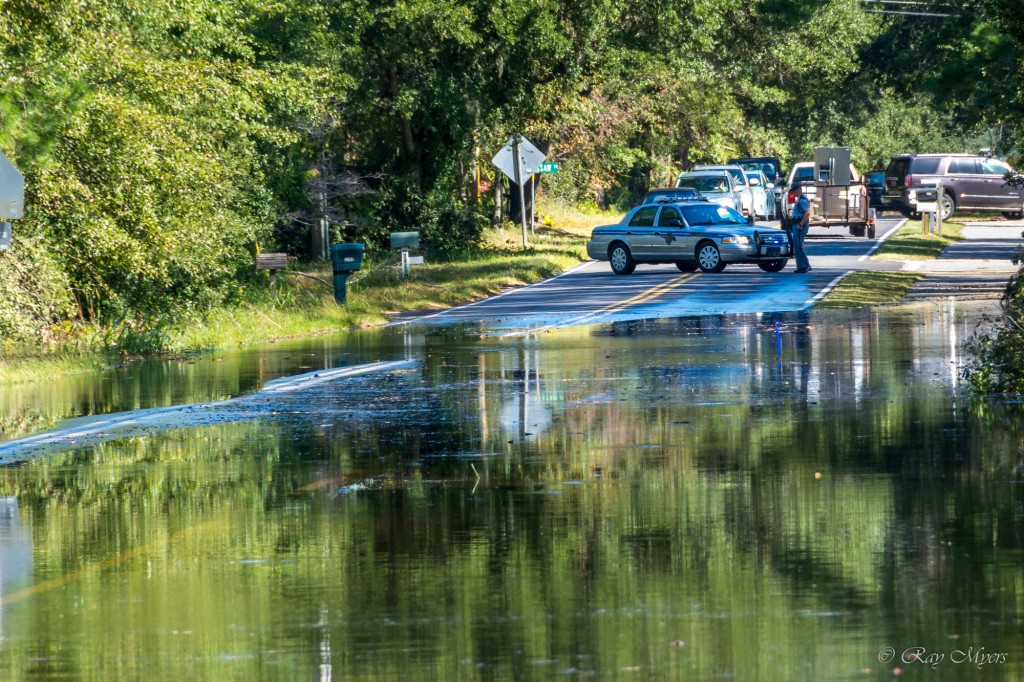 A second officer has now shown up on the North side of the water to stop all traffic heading South towards Georgetown. 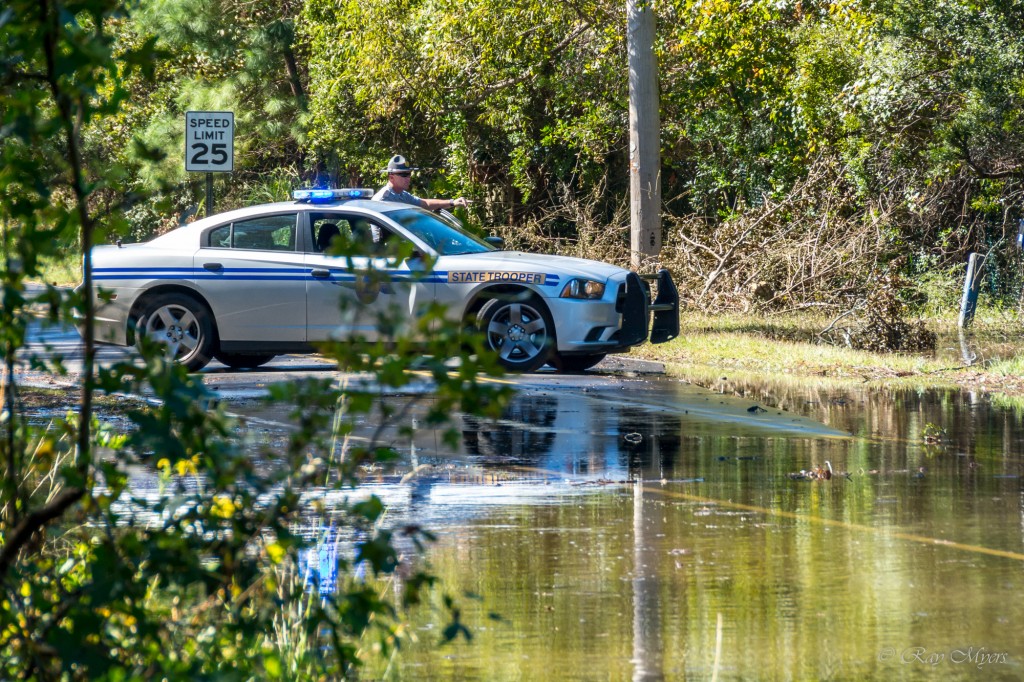 The police officers opened King River Rd. back up by 1:30PM as the water had cleared off most of the roadway. The yards of the nearby homes was still underwater for the rest of the day.

The water from the Waccamaw river should hit it’s peak tonight between 11PM to 12. With the full Moon high in the Sky it will get just a few inches higher that this Sunday afternoon did. After that the neighborhood should be past the worst of the flooding as the high waters grow down toward Georgetown SC.