A honeymooning couple at the beautiful Oceanside Huntington Beach State Park wanted to get a closer look at the local Alligators. Zach and his new wife placed their GoPro down on the edge of the swamp at a gator crossing.

They were hoping to get a good close-up video as a gator strolled by from the freshwater lagoon before slipping into the swap. As the seven-foot long gator cautiously crossed Brookgreen Garden Dr. (the pathway) is took note of the little black box with the blinking red light. It quickly snapped the camera of it’s floaty handle and started to munch on the helpless GoPro. 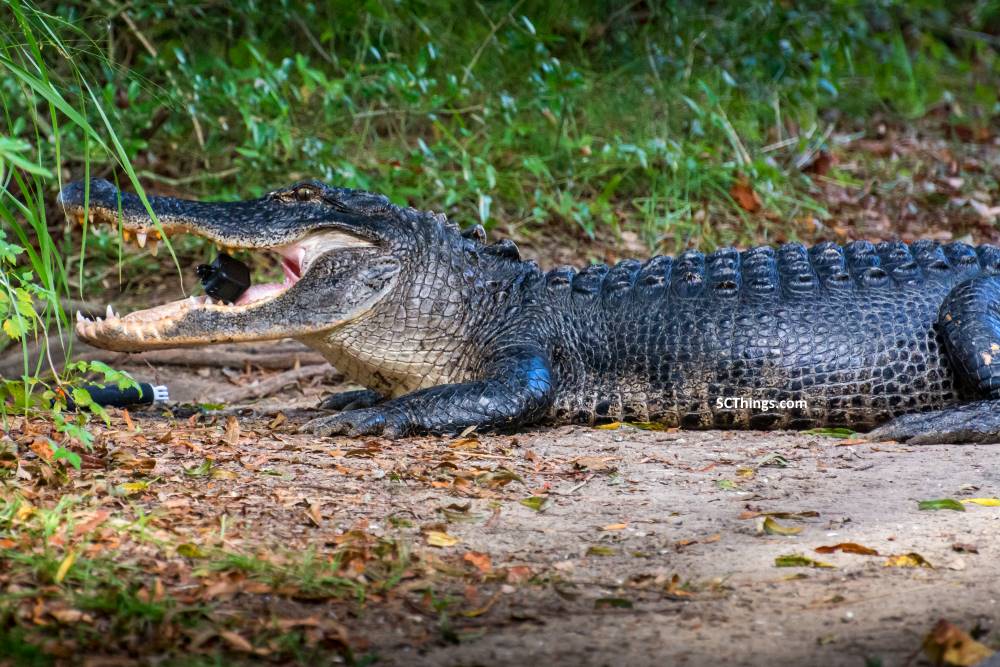 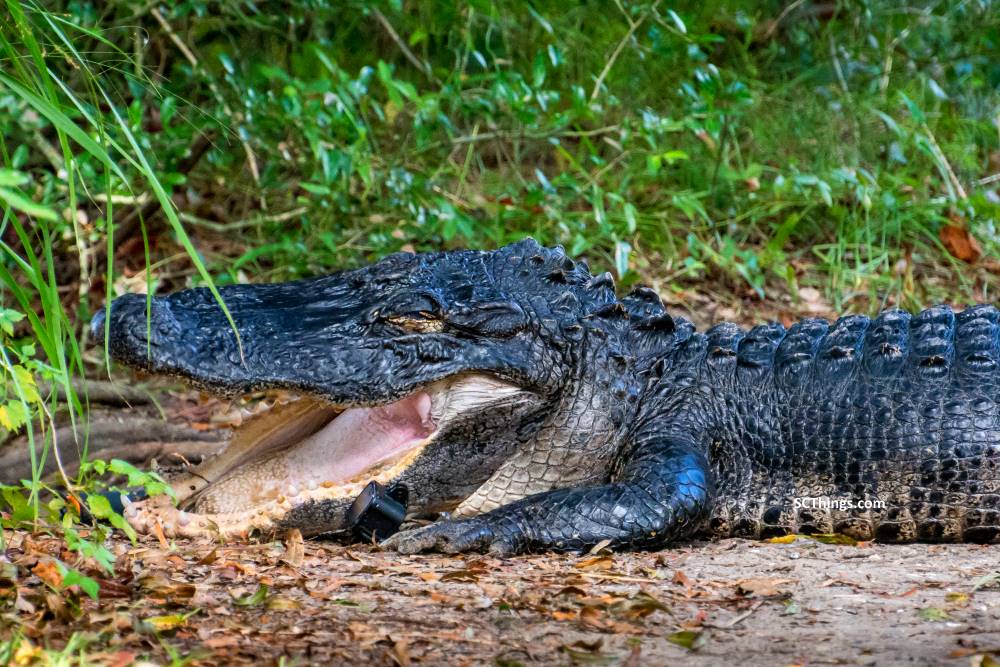 The big gator looks like a happy little kid playing with his toy. He chewed and played with the GoPro for a few minutes before he became bored and decided to move on to the swamp to go fishing.

Luckily for Zach the gator left the GoPro where he found it. 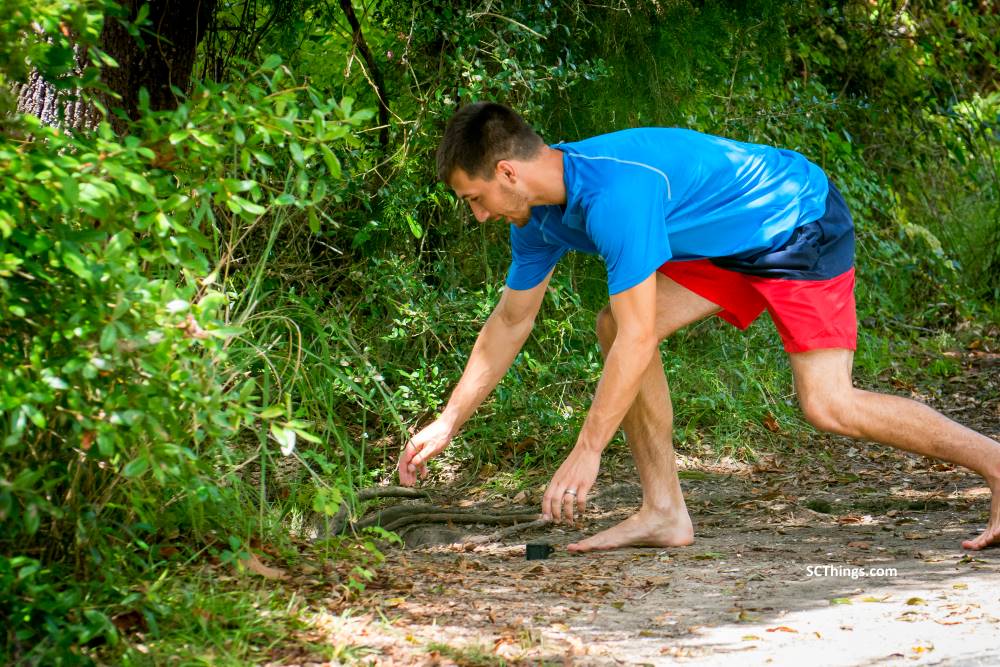 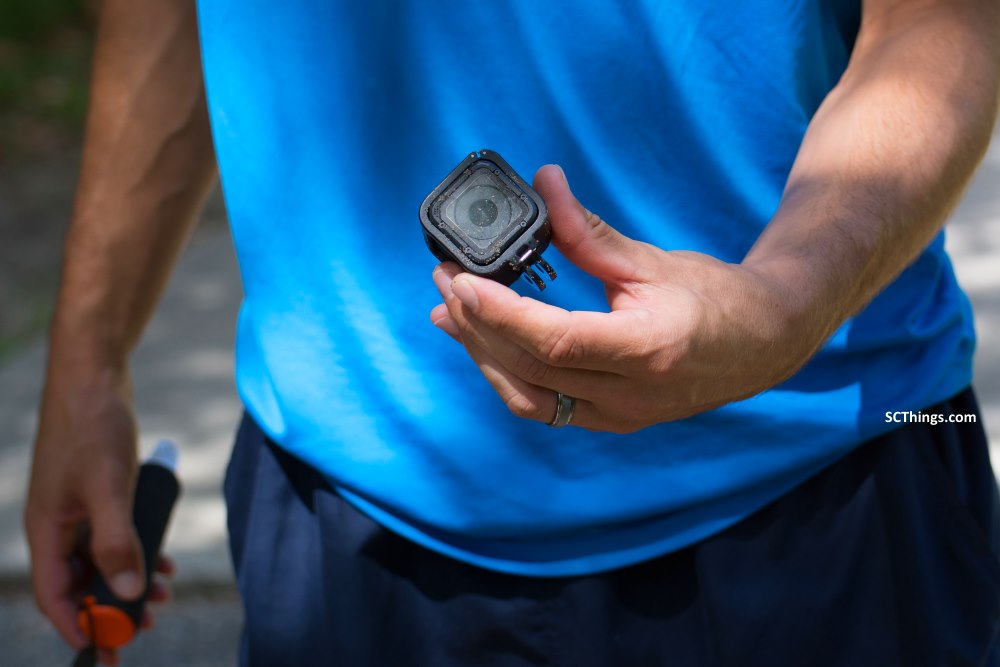 After a close inspection only the case was worse for the ware. Four deep tooth marks was all the damage it sustained during the gator’s chew toy time. The GoPro HERO Session had no damage to the actual camera and still worked perfectly. 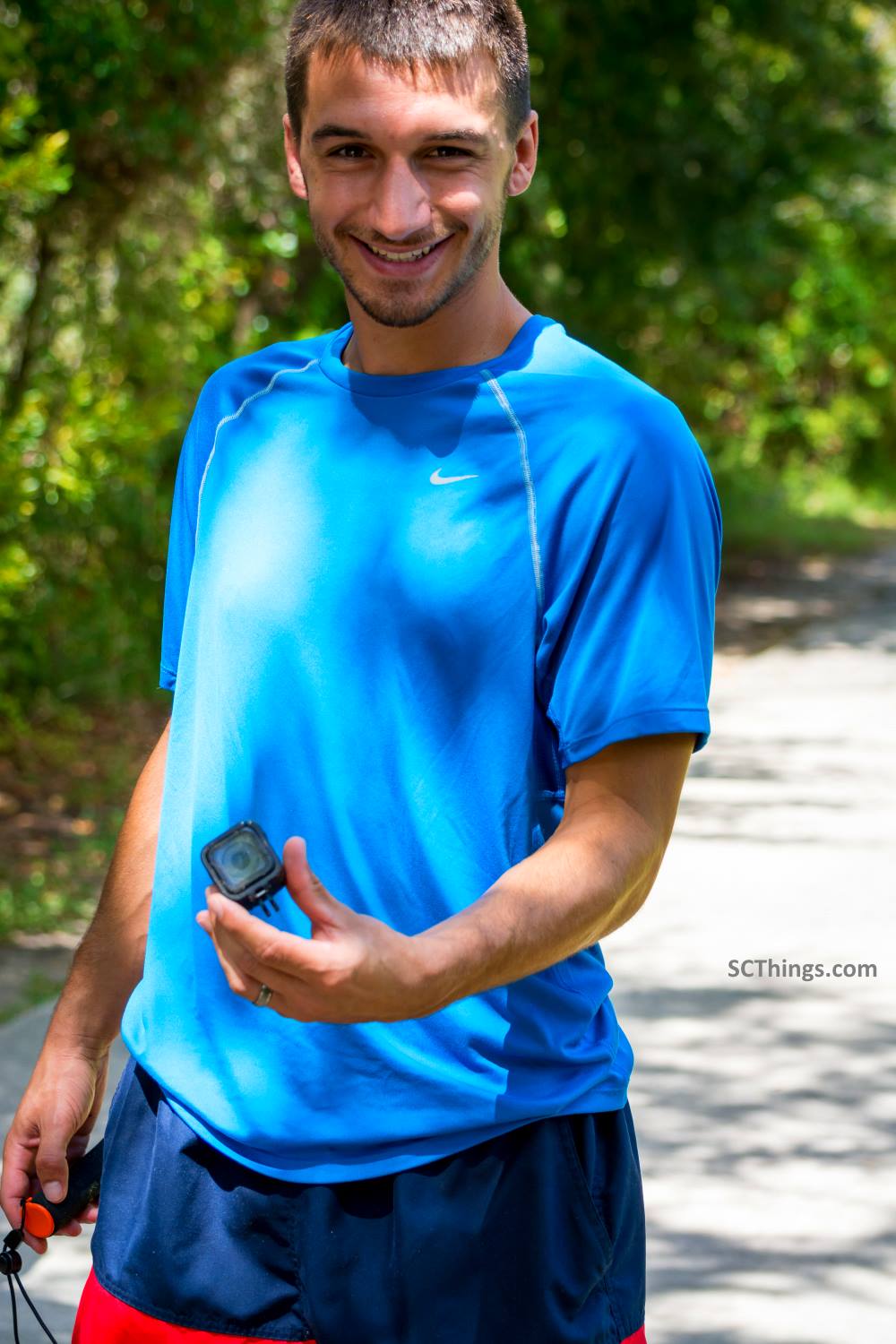 Here is a very happy Zach after getting back his brand new GoPro. He and his wife had received it as a wedding present and were just getting the chance to try it out. This trip was part of their honeymoon. What a great story this will give them to look back on in the future. Who else can say they had a gator eat their Gopro on their honeymoon trip.